It has never been easier to circulate your research, thanks to the digital revolution in publishing. Knowing what is right for you, however, can be more difficult.

With the approach of  Open Access Week (24-30 October), now is the perfect time to find out more.

Through Open Access, scholars are able to disseminate their research online whilst also gaining from having access to work done elsewhere. Research published through Open Access can be viewed immediately, for free, by anyone in the world.  At the EUI, publications based on research conducted at the EUI or by EUI members during their time here can be uploaded to the Institute’s Open Access Research Repository Cadmus.

Already the highest ranked Open Access Repository in Italy, the popularity of Cadmus is only increasing. “It has been a real success,” says Lotta Svantesson, Cadmus Manager at the EUI. “Almost everyday someone gets in touch and wants to have their work in the repository.”

Yet Lotta confirms that many scholars remain nervous about how disseminating work online will affect their chances of working with traditional publishers.  She’s on a mission to help both scholars and publishers understand how Open Access could help improve the visibility of their work.  “You often have a right to publish your work in open access,” Lotta insists. “The most important thing is that people open their eyes to the options they have.” As well as being on hand to give advice on copyright and the possibilities of Open Access to current scholars, the Cadmus team are contacting alumni one by one to ask if they wish for their digitised LLM and PhD theses to be made available on Open Access.

Alumnus Henning Arp was eager to take part. Henning is now head of a Communications Unit at the European Commission, during the 1990s he worked on his PhD here at the Institute. Last month that thesis became the 500th to be published in Open Access at the EUI – a landmark quietly celebrated by the Cadmus team. “Having my thesis on the internet through Open Access makes it accessible in a way that nobody could have even dreamed of when the internet was still in its infancy,” Henning says.  “It’s a way for me to share in this progress and – maybe – contribute to the research of today’s students.” 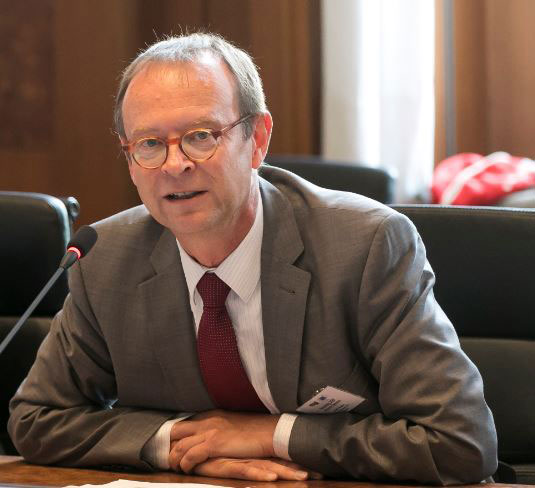 “The philosophy behind open access is the public good,” Lotta agrees. “Everyone benefits.”

Debate about the future of Open Access and scholarly publishing at the EUI is on-going. On 27th October the EUI will host a Roundtable discussion on the subject involving researchers, scholars and publishers.  The aim is “to give people ideas on how they can publish their work, prompt a discussion about Open Access, and improve awareness about exactly what it means.”

Researchers, Fellows and Professors are warmly invited to take part in the event, or to contact the Cadmus team for further advice.