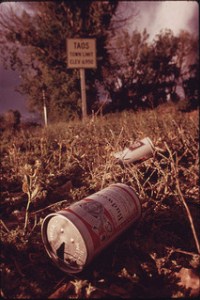 The frequency of riots on university campuses is determined by long-standing factors rather than spontaneous triggers, according to John D McCarthy from Penn State University, who delivered a lecture at the EUI, at the invitation of the Department of Political and Social Sciences.

The prevalence of riots on US university campuses are largely the result of situational factors, which are usually slow to change, resulting in such events being more frequent at certain universities.

Not surprisingly access to alcohol is chief among those, however size and density of a student population also plays an important role.

“Even in the age of social media, students need to be able to get to where the action is. If they’ve got to get on a bus there is less motivation,” says McCarthy.  Size was also a determining factor with campuses in large cities, or small universities rarely witnessing such events.

McCarthy gathered data from incidents across the US between 1997 and 2007 and found a surprising common cause.  “Almost always they tend to be festive before they turn; they usually start from events that draw large convivial crowds.”

Large sports events, particularly games involving university teams, are the most common source of riots, despite such occasion being known to the police well in advance. Celebrations of games played on Thursday night which spill over to the weekend, dramatically increase the probability of an event.

The day of the week also appears to be a contributing factor with weekends the most likely time, although McCarthy suggests this may also be linked to alcohol consumption.

The killing of Osama Bin Laden, drew huge crowds onto the streets around an area of Penn State known as Beaver Canyon. Despite the numbers of people involved and the lack of a police response the event resulted in no trouble, possibly because it occurred on a Sunday evening when most of the bars were closed.

“For that many people there would usually be around 30 mounted police, but this caught them by surprise. By the time the police arrived most people had already gone home.”

McCarthy said while there was no evidence students were selecting schools based on reputations for such events, however he had noticed a mythology among the students he spoke to. “People say ‘I hope there is one while I’m here’ they want to be involved, they have entered into campus lore.”