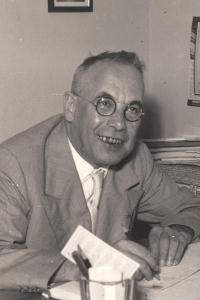 On 29 November the Department of History and Civilization will host a conference at the Historical Archives of the European Union in Villa Salviati reflecting on the politics of Piero Malvestiti.

Born in 1899, Malvestiti served during the First World War before being imprisoned for his antifascism in 1933. In 1942 he co-founded the Democrazia Cristiana party that led Italy out of the post-war era until 1992. During his career in Italian politics Malvestiti was member and deputy of Constituent Assembly and served as Undersecretary, Minister for Transport and Industry and Commerce. He was vice-President of European Economic Community and President of European Coal and Steel Community. He was a valuable economist and inspired the so called ‘Malvestiti Memorandum’ the basis for Italian discussions with the USA over rebuilding Italy post WW2. He died in Milan on 5 November 1964.

Malvestiti’s archival holdings have been deposited at the Istituto Luigi Sturzo of Rome which has collaborated with the HAEU on preparation of descriptions, inventories and the digitalisation of the collection.

This is the first of two congresses on Malvestiti, with the second in Rome next spring.

The conference will discuss his career and legacy and will feature contributions from former Italian Minister of Interior Virginio Rognoni, Malvestiti’s head of cabinet during his ECSC presidency Caznio Almini, and his daughter Mila Malvestiti.

The majority of the programme will be delivered in Italian.