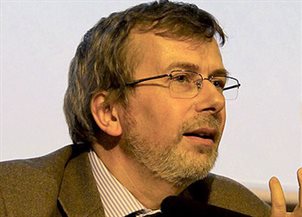 Renaud Dehousse, Director of the Centre for European Studies and Professor of EU Law and Public Policy at Sciences-Po, Paris, has been appointed the new Principal of the EUI.

The appointment of Professor Dehousse was approved by the EUI High Council on 3 June. He will take up his appointment in September 2016.

‘I am happy and honoured for the appointment. I feel a great responsibility towards the position of President, but I am also enthusiastic for the important challenge ahead of me that I will face with the help of the entire academic community, the researchers, the Secretary-General and the staff. Beginning my mandate on the impetus given by Joseph Weiler gives me great strength,’ says Dehousse.

Dehousse is an EUI alumnus, having obtained his Ph.D. in Law in 1988.  He also served as head of the EUI Department of Law in the late 1990s. He is a distinguished academic, having published widely on topics including European law, constitutional law, political institutions, and European governance.  He has also been a consultant and an expert for numerous international institutions, and is an experienced manager.

In a comment on Professor Dehousse’s appointment, President J.H.H Weiler expressed ‘The sadness of having to leave the management of the Institute for health reasons is relieved by the knowledge that the EUI will be led by an esteemed colleague, such as Renaud Dehousse’.