Richard Portes: ‘I get angry, I’ve been angry for a while’ 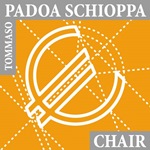 Professor Richard Portes focused his anger on the lack of trust in the European Central Bank (ECB) and those who seek to scapegoat the bailed out nations of southern Europe. “I get angry” he said as he thumped the table, “I’ve been angry for a while.”

“The public” he said “doesn’t trust the ECB. This is not good for the central institution  delivered.”

He was delivering the Tommaso Padoa-Schioppa Inaugural Lecture on monetary union and financial stability at the Badia Fiesolana.

Portes lamented “a false narrative propagated by the media” that perpetuated the notion that  “the debtor countries are just spendthrift, that Germans are funding the Greeks and that the southerns are lazy, uncompetitive and don’t work very hard and are richer than the germans. As an economist this is distressing.”

After the lecture EUI Life caught up with the professor and an audio recording of our interview is available below.