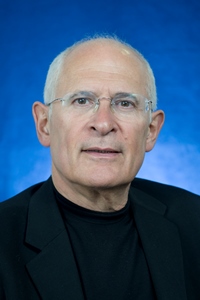 The European University Institute has appointed Richard Portes as first holder of the Tommaso Padoa-Schioppa Chair in European Economic and Monetary Integration at the Robert Schuman Centre for Advanced Studies.

The programme of this new chair will focus on the analytical challenges and policy responses of international macroeconomics and finance in Europe.

The Eurozone crisis has revealed the need to design economic institutions that can support a ‘currency without a state’ in the context of a wider European Union. Financial integration and financial regulation further broaden the domain beyond strictly monetary questions. Such a project requires not only political will and diplomatic negotiation, but also research that will explore pragmatically various alternatives.

‘Analysing and explaining the issues of economic and monetary integration, sharpening the instruments of regulation in the light of experience, training its practitioners, putting a variety of solutions to the test of a free debate among scholars and stakeholders, is the task that the European University Institute and the Robert Schuman Centre for Advanced Studies have set for themselves since several years,’ said Professor Brigid Laffan, Director of the RSCAS.

Tommaso Padoa-Schioppa was an Italian economist considered one of the founding fathers of the European single currency. He served on the founding Executive Board of the European Central Bank. He was Vice-Director General of the Banca d’Italia from 1984 to 1997, President of the Basel Committee on Banking Supervision 1993-97, and served as Economy and Finances Minister of Italy for two years from May 2006.

Professor Portes said, ‘I am delighted to take up this post in honour of Tommaso Padoa-Schioppa, who was a close friend and intellectual colleague. I propose to make the Chair a centre of research and outreach to academics and practitioners in the domain that he did so much to create. These are difficult but exciting times in the construction of Europe. There is much to be done, and the EUI is the ideal place to do it.’

Richard Portes will take up this post from September 2014 on a part-time basis while continuing at London Business School, where he has been Professor of Economics since 1995. He has held teaching posts at Balliol College Oxford and Princeton University, as well as Visiting Professorships at Harvard, Berkeley and Columbia. He founded the Department of Economics at Birkbeck College, University of London. He was elected a Fellow of the Econometric Society in 1983 and of the British Academy in 2004. Professor Portes was the Founding Director of the Centre for Economic Policy Research in 1983 and is currently the Centre’s President. He is also Co-Chairman of the Board of the journal Economic Policy.