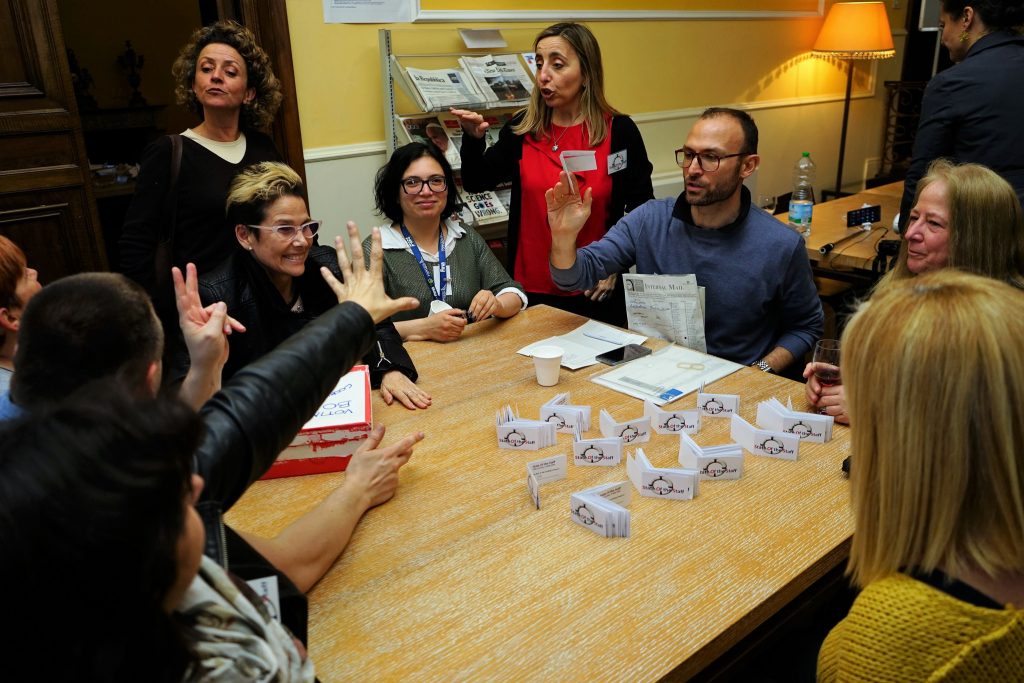 With the hurly-burly of The State of the Union firmly in the rearview mirror, on 17 May the hardworking staff of the European University Institute shifted their focus to arguably the most important event in the EUI calendar: The State of the Staff.

Held annually in the picturesque surroundings of Villa La Fonte, The State of the Staff offers the Institute’s many staff members an opportunity to unwind and enjoy each other’s company outside the confines of the office. This year was no exception. Over 150 people – including staff across the Institute’s various departments, friends and family members – made their way to the sun-dappled gardens of Villa La Fonte for an evening filled with fantastic food, team-building games and laughter. 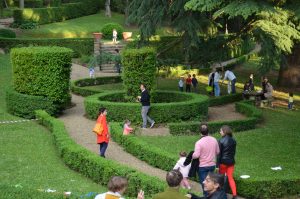 Among the highlights of this year’s festivities was a cooking contest, which was open to all staff – dubbed by some as the EUI meets Masterchef. Such was the quality of the entries that judges struggled to pick a clear winner, with a decadent chocolate cake and a delicious quiche turning a lot of heads. Eventually, though, someone had to come out on top, and it was a traditional Spanish dish of tortilla di patatas prepared by Ana Rosa of the Real Estate and Facilities Service that took home the honours.

A key part of The State of the Staff is relationship-building. Split as the Institute is between a number of services and departments, it can sometimes be difficult to construct working relationships with those colleagues that you don’t share an office with. Thankfully, the committee behind SoS this year have come up with a foolproof solution to this thorny problem: a treasure hunt. Six teams, each named after an EUI villa and comprising staff members from across the Institute, sought to channel their inner Sherlock Holmes, following a series of devilish clues in pursuit of a buried bounty of Belgian chocolate. The victors were Team Salviati, who no doubt enjoyed the spoils. 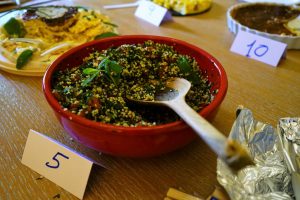 Jackie Gordon, from the Communications Service, likes the event because it is a chance to put faces to the multitude of names that fly through her inbox. ‘If I have met a colleague and his or her partner or kids or even their dog, or had the chance to talk to them about what they do at the EUI in an informal way, it humanises them and makes working with them more pleasant for me.’

For those who spent many hours over the past few months putting together the event, the most rewarding aspect of The State of the Staff is what comes after it. Speaking to EUI Life, Alessio and Laura from the organisational committee agreed that each year, staff members find that they work better with their colleagues afterwards. ‘That’s what The State of the Staff is all about,’ Alessio explained, ‘building cooperation between Institute staff – and having fun in the process.’

A word of thanks must go to Laura, Alessio and their colleagues for their hard work in organising this year’s event, which would not have been possible without their meticulousness and attention to detail. A special thank you also to the President of the EUI, Renaud Dehousse, for personally funding the drink for the evening, and to the Secretary General, Vincenzo Grassi, for his enthusiasm and support. Here’s looking forward to next year!