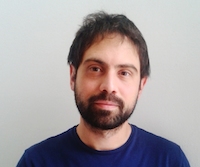 Voters taking part in Scotland’s referendum for independence on 18th September are more likely to vote ‘yes’ if presented with more information.

This is according to a study tilted, ‘How Information Shapes Voting Behaviour: An Experimental Study on the Scottish Referendum’, to be presented to the European Consortium for Political Research (ECPR) conference in Glasgow on 4th September.

As part of the study, PhD researcher Davide Morisi, split 296 Scottish voters into groups and put them in front of computers, presenting each of them with links to 16 articles, 8 in favour of independence and 8 against. Each voter was told they could only read 8 of the 16 articles. Some groups were allowed to choose which articles they read based on the headline while others were forced to pick four from each side of the debate. The information provided was taken from a collection of media sources and policy documents and did not contain any mention to politicians or political parties.

Davide Morisi, who co-authored the study alongside fellow researcher Céline Colombo, said “The biggest advantage of conducting an experimental study is the possibility to identify causal effects. Thanks to an innovative between-subjects design, we have been able to test how provision of information impacts on voting intentions in the Scottish independence referendum.” He continued:

Our findings show that, firstly, information reduces indecision, especially when individuals are able to select the arguments they prefer to read. Secondly, the pro-independence side is the one which benefits most from access to information, with an increase of 10 to 15 percentage points in Yes votes, depending on the treatment group. The ability to read convincing arguments supporting the cause of independence helped subjects become more confident in their decisions, especially in the case of those who were undecided and less willing to take risks… These findings show the need for the yes campaign to deliver convincing arguments to bridge the confidence gap among those who might vote yes but are not convinced yet. It is the pro side which will benefit the most from a more informed electorate.

The study was carried out with the financial support of the EUI Department of Political and Social Sciences (SPS) and the EUI Presidency and was conducted at the BLUE Lab at University of Edinburgh.

Download the draft paper to be presented at ECPR General Conference, Glasgow, September 2014