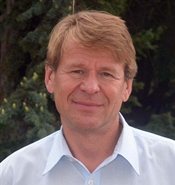 The European Parliament (EP) has passed a strongly worded resolution on surveillance drawing on the findings of the SURVEILLE research project, based at the European University Institute (EUI).

The SURVEILLE project was headed by Martin Scheinin, Professor of International Law and Human Rights at the EUI. It is a cross-disciplinary research project funded by the European Commission analysing the ethical and legal implications of surveillance technologies. Its main results were presented at The State of the Union 2015 Conference in May.

Crucially, the resolution calls on the EU Member States to drop any criminal charges against Edward Snowden and grant him protection from extradition ‘in recognition of his status as whistleblower and international human rights defender’.

Snowden is a former CIA employee who leaked classified information from the United States National Security Agency (NSA) in 2013. The information revealed the existence of global surveillance programmes, many operated by the NSA with European governments.

The EP’s resolution refers explicitly to the findings of the SURVEILLE project, stating that the EP ‘welcomes the results of the SURVEILLE research project, which offers a methodology for assessing surveillance technologies taking legal, ethical and technological considerations into account’.

It also states that it ‘considers that any decision to use surveillance technology should be based on a thorough assessment of necessity and proportionality.’

Elsewhere the resolutions asserts ‘the importance of whistleblowing [in ensuring] that legal limits placed on surveillance are respected.’

In response to the resolution, Martin Scheinin tells EUI Life ‘ These findings are indeed very much supported by SURVEILLE research which concluded that electronic mass surveillance is both ineffective in protecting security and at the same time highly intrusive into privacy and other fundamental rights. SURVEILLE research finds that selective and carefully targeted surveillance, often in traditional forms, may be justified and proportionate but that mass surveillance is counterproductive.’’