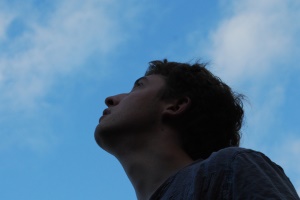 US President Barack Obama’s attempt to pass environmental legislation in his first term faltered because of a failure to build sufficient public support in the face of fierce right wing opposition.

According to Professor Theda Skocpol of Harvard University, who delivered the February Max Weber Lecture, “one side brought a nuclear bomb to the argument…the other thought they could slip something complex through Congress.”

Skocpol drew comparisons with what became known as the Obamacare – a policy expanding health insurance to those who were not previously covered. Despite a newly elected Democratic president and a Democrat majority in both the House of Representatives and the Senate: “Healthcare passed, barely, after 15 months.” Crucially, throughout that period it maintained support outside of the politicians trying to pass the bill.

Gaining bipartisan support for environmental protection was essential because Democrats from oil producing areas, or from industrial parts of the country which relied on coal, were unlikely to vote in favour of carbon restrictions.

However, since 1990 there has been an “extraordinary level of elite partisanship” and from mid-2000s “it was as if a switch was thrown.” News outlets in the US began to regularly broadcast reports that the climate science was a hoax used to promote a socialist agenda that would kill the economy.

It became increasingly difficult for individual Republicans to vote in favour of environmental legislation because they feared a well-funded challenge to their seat from the right wing of the party. “There was a drop in willingness to even compromise due to the Tea Party challenge,” said Skocpol. “There are very few issues where polarisation has grown as much as the environment.”

Those who backed legislation failed to see the change in the debate on the far right of US politics, and didn’t engage the public. As a result the pressure on moderate Republicans came entirely from the right.

“The Republicans were being pulled far right, by people who didn’t want to compromise on positive government action, especially on environmental issues,” said Skocpol. There followed a successful campaign to frame the policy as a tax that would hurt ordinary Americans, turning the public against the proposals.

“What struck me about the entire effort was that it was an entirely inside Washington DC effort,” as those in favour thought a bill could pass with the support of business and elite environmental lobbyists and to a certain extent ignored to public from the debate.

Following Barack Obama’s re-election in 2012 there has been an increased focus on the environmental agenda, however one that has yet to involve the US Congress instead focusing on strengthening the role of the Environmental Protection Agency

Skocpol is adamant any renewed push must actively engage the public: “Regulatory action in the US can only get somewhat ahead of popular and elected opinion otherwise there will be a backlash…there needs to be a powerful movement linked to a congressional majority.”