The future of human rights 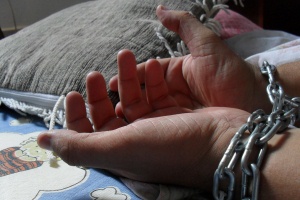 The scope of human rights needs to be re-conceptualised with an eye to future generations, argue human rights experts at the EUI.

Professor Martin Scheinin highlighted two significant changes that could be made to safeguard rights for future generations: grant asylum status to climate refugees and make exploration for oil unprofitable through taxation mechanisms. Scheinin also called for the creation of a World Court of Human Rights to continue the impetus made in the field of human rights since the Universal Declaration of Human Rights was adopted in 1948.

“The catalogue, if not the interpretation, has been accepted,” said Scheinin. “Today we can say the full scope of the universal declaration has become customary in the world.”

Former charges against the declaration, such as the need for cultural relativism and suggestions of inherent imperialism have become less vocal over the years as countries across Asia and Africa ratified the charter.

While remaining conscious of the need to be critical, Professor Nehal Bhuta says the grand nature of the declaration aided its wide acceptance: “Universalism has a legitimacy that arises from authority, but not from power.”

However there remain discrepancies between the ideals of the declaration and practice.

“From aspiration, to acceptance and now to compliance, the failure of human rights treaties is in the reach of various levels. The next step is to actual enjoyment of rights on the ground,” said Scheinin.

“It seems to me we are at point of great uncertainty in human rights,” said Professor Nehal Bhuta, who spoke of the dilemma between promoting ideals and legal frameworks. “There is a debate between formalism and substantialism.  It is not quite clear anymore where the future of human rights will go.”