The Heritage of Mauro Cappelletti recognised at the Palazzo Vecchio 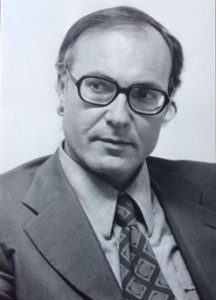 A conference to honour the memory of Mauro Cappelletti has taken place at the Palazzo Vecchio. Those participating in discussions included EUI president J.H.H. Weiler and Italian Constitutional Court judge Marta Cartabia.

Also taking part as a panellist an the event was Hanna Eklund, a Swedish law researcher at the EUI. After the event, she told EUI Life “the conference provided an opportunity for me to study his work, particularly his early work from the late 50s to mid 70s. ​I focused on the relationship between social progress and judicial review in the work of Cappelletti. I guess it is fair to say his generation was more hopeful about social progress then my own and so I thought it was an interesting idea to try to unpack the way he thought about it and relate it to the situation today.”

Mauro Cappelletti was a famous an highly influential jurist who was also a professor and director at the EUI’s law department. “Law, in the work of Cappelletti” said Eklund during her presentation “frequently becomes the ‘if only’ that stands between the current state of a society and the improvement of that society.”

The event was live-streamed on the EUI website and all the footage from both the morning and afternoon sessions can be viewed below.