The politics of taxation 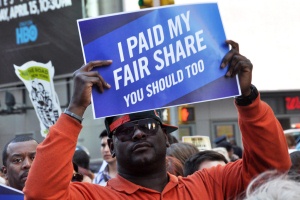 Tax economists should engage with existing policy debates rather than trying to infer public preferences from existing policy, according to Charlie Brendon, Max Weber Fellow at the EUI, who says there has been a revolution in tax analysis not matched by policy makers.

“The public debate is as much about appropriate policies as about appropriate outcomes. We ask ‘should footballers pay 75% income tax’ we don’t, on the whole, ask ‘are we utilitarian? The debate refuses to fit into the neoclassical model.”

Even in cases where a tax policy has a social aim, the link between its intention and its outcomes are often poorly understood resulting in a raft of unintended consequences.

In the UK the personal allowance on which no income tax is paid is being increased from £6,475 to £10,000 removing the tax burden from those with the lowest incomes. However, according to Brendon’s analysis those who will gain most from this new policy are those earning over £40,000.

Despite problems associated with individual policies other work by Brendon suggests that when taken as a whole tax policies work to the benefit of the median voter. An analysis of the US tax system in 2008 shows the system giving increased importance to the welfare of those earning between $20-30,000 a year.

“We can’t be satisfied with inferring preferences from bad choices. The fact that politics contests preferences over policies and not outcomes is a problem.”

Charlie Brendon was speaking at a multidisciplinary workshop organised by the Max Weber Programme on “Income Tax: a Multidisciplinary Perspective on the Politics of Representation”.