The UK General Election: What can we expect? 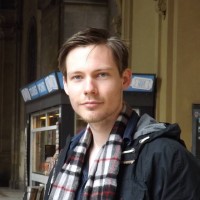 The United Kingdom heads to the polls tomorrow, in what is surely a more unpredictable General Election than most. Recent months in Britain have witnessed vast shifts in the country’s political milieu. The Green Party for example, headed by Natalie Bennett has been catapulted out of the periphery, with a so-called ‘Green Surge’ seeing membership rise to over 60,000, eclipsing both that of the Eurosceptic United Kingdom Independence Party (UKIP) and the Liberal Democrats.

Although the Conservative party headed by David Cameron is expected to secure the greatest number of seats, Labour led by Ed Miliband is predicted to form a minority government with the support of minor parties such as the Scottish National Party (SNP) and the Greens.

Lewis Miller, a PhD researcher at the European University Institute, foresees considerable uncertainty in the months following this election. “It is widely expected that the election will result in a hung parliament. What is different from last time is that there is unlikely to be a workable majority unless anything substantially changes… The last minority government in Westminster lasted for a number of months.”

What does remain likely, however, is that Britain’s future in the EU will look more precarious post-election. Both the Conservatives and UKIP are promising a referendum on EU membership. Miller expands, “The Conservatives are also offering a ‘renegotiation’ which throws up a number of questions regarding how the EU is to function. Although there are a number of ‘opt-outs’ already in existence, some of the areas the Conservatives want to change involve fundamental features of the EU, namely free movement.”

Yet undoubtedly one of the most striking recent developments is the ascendancy of the SNP in Scotland at the expense of Labour. Following last year’s referendum on Scottish independence led by the SNP, in which Scotland voted to remain in the United Kingdom, the SNP has seen their support base swell, largely on the back of their anti-austerity agenda. But as Miller points out, “[the Australian political strategist] Lynton Crosby’s motto that ‘you can’t fatten a pig on market day’ seems to hold true to the SNP. The SNP appear to have managed to build success out of dissatisfaction with other Scottish parties and present themselves as an alternative even in [regional] government. It remains to be seen as to how long they can continue to be seen as anti-establishment.”

So more widely, is Britain seeing the collapse of its two-party system? Britain’s majoritarian electoral system makes this unlikely, argues Miller. “At the last election, smaller parties won 35% of the vote but only 13% of seats.”

Moreover, for Miller, the upsurge in alternative parties may not be here to stay. “Alternative parties have to avoid being ‘squeezed’ by highly competitive elections and between parties which have managed to regain trust. While this election seems to be characterised by a lack of faith in the main parties, it isn’t certain that the next one will be.”

Lewis Miller is a PhD researcher at the EUI exploring European Union integration and Governance.