EUI Theatre Group – The Clothes They Stood Up In.

On Tuesday evening, the EUI Theatre Group gave a delightful performance of Alan Bennett’s 2001 novella, The Clothes They Stood Up In.

The tale follows Mr and Mrs Ransome, a bourgeois and rather old-fashioned couple who return home from a Mozart opera (Così fan tutte, or Così as Mrs Ransome has learned to call it) to discover all their belongings, from teabags to the toilet paper, have disappeared. Straitlaced and habit-bound London solicitor Mr Ransome  (Trond Ove Tøllefsen) stubbornly attempts to continue his grey life as before. Meanwhile, Mrs Ransome (Julie Wetterslev), surprises herself by enjoying the new experiences the burglary began. Just as the distant couple are learning to live without the possessions which bound their lives, the entire contents of their house 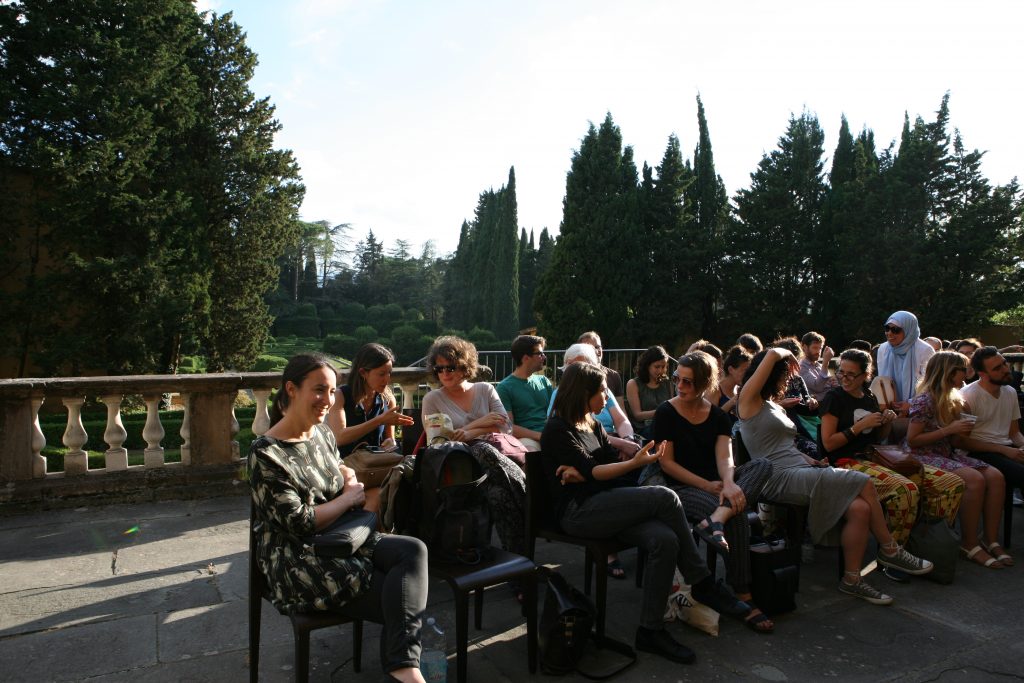 Just as the distant couple are learning to live without the possessions which bound their lives, the entire contents of their house are returned to them. ‘I felt as though I had been burgled twice,’ Mrs Ransome reflected, mourning the loss of her everyday adventures.

In the Theatre Group’s dramatic rendition of Bennett’s novella, Wetterslev embodied the somewhat trapped Mrs Ransome with great wit. Meanwhile, the dynamic between Wetterslev and Tøllefsen, as the staid and grey Mr Ransome, captured the famous writer’s dry and melancholy humour very well. Eleonora Milazzo also brought subtle humour throughout the play, in a number of small but memorable roles.

The performance took place in the Loggia and Sala Bandiere of Villa Schifanoia, with the support of 4B.