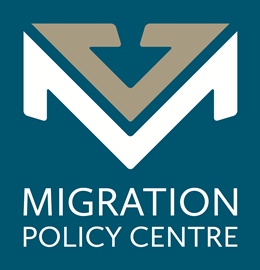 Traditional patterns of Ukrainian migration that began to shift before the recent escalation of tensions in the region are likely to be subject to further disturbance as a result.

However, since 2008 there has been an increasing number of Ukrainians moving to EU rather than Russia and not just from the traditional base in the west, but also from the east of the country.

“EU countries made it easier to come and work. The Czech Republic had a special programme for Ukrainians and Poland opened up its labour market to allow temporary work for 6 months out of the year without a work permit. This suited the type of circular migration Ukrainians like to do.”

Ukrainian migrants, although often well educated, would often engage in temporary migration moving to a country and seeking low skilled employment such as construction or cleaning, before returning to Ukraine.

Since January this year there has been a marked increase in the numbers of Ukrainians asking for long term or residency permits, mainly in Poland, as well as an increase (from around 10 to 70) applications for asylum in the EU.

“More people want to stay in the EU. In Poland, Hungry, Slovakia, they are already preparing for an influx,” confirms Weiner.

It is not just migration streams from Ukraine to the EU that will be disrupted. Ukraine acts as a channel through which many Asian migrants enter the EU. “Ukraine has been co-operative in managing the border, they would take back migrants and asylum seekers who entered the EU and had been turned back.”

The border between Belarus and Ukraine is particularly poorly patrolled. According to Weiner, in the region around Chernobyl it is effectively unmanned due to the dangers of prolonged exposure to persistent radiation in the region. With the border between Russia and Belarus also effectively open, this creates another area of problem for the country.

“There is a migration stream that Ukraine will simply not be able to control.”