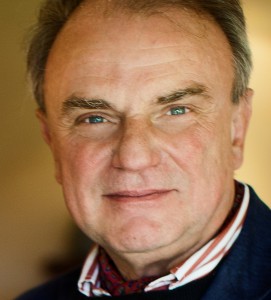 ‘It should be an interesting job,’ smiles Vincenzo Schioppa Narrante, who takes office on 2 March as the new Secretary-General of the EUI.

For Schioppa Narrante, who has had fulfilling career experiences in diplomacy, academia, and management, a hybrid international organization and academic institution such as the EUI presents an especially attractive milieu. ‘The EUI is one of the most important international environments in Italy. Its history and quality command respect, and it is fundamental not only for Italy, but for Europe’.

In an interview Schioppa Narrante described his experiences as ambassador most recently in South Africa, but also previously in Libya during the 2011 civil war. His experience in Libya, he said, revealed to him how the quality of leadership emerges ‘not from the title under your name, but from the dynamic you build with your people, the team spirit you cultivate’.

He also explained his affinity for a kind of ‘people to people’ diplomacy, whereby international relations are strengthened through the building of ‘thousands of small bridges’. This style was greatly appreciated by his hosts during his mission in Pretoria, and is something he feels could be instrumental in his role at the EUI, internally, locally and internationally. Praising the work done in recent years by President JHH Weiler and Secretary-General Pasquale Ferrara in this regard, Schioppa Narrante looks forward to working with the President in this direction, explaining the need for the EUI to be both an active member of the local community, but also constantly on the international radar as a point of reference for the best Europe has to offer.

The new Secretary-General also expressed some expectations regarding his role concerning the EUI administration. ‘Impressed’ by the level of purpose, passion and competence he finds in the EUI academic and administrative staffs, he looks forward to stimulating a corporate culture characterized by high reciprocal knowledge between the two teams. ‘Increasing knowledge is everyone’s goal, and the role of our administration is key for protecting and promoting the institution and its objectives. There are high expectations,’ he explains, ‘because of the very high quality of our members across the board.’

When asked about ideas for what can be done better, he replied that probably streamlining procedures and cutting red tape where possible would free energies of both academic and administrative staffs. ‘I will ask suggestions from everyone.’

‘I have a deep respect for the history and the quality of the EUI, at every level. I am excited and humbled at the idea of working here. There will be a lot to do, the ground is very solid, and the potential for further development is enormous’.