What is the driving force behind jihadist terrorism? 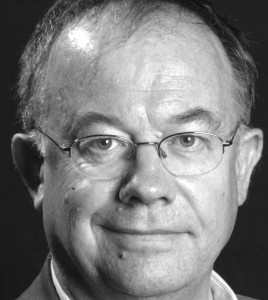 This week Professor Olivier Roy, Chair of the SPS Department at the EUI, gave a speech at the Bundeskriminalamt (BKA) Autumn Conference explaining the motivations behind radical Islamism today.  Roy outlines the common patterns which define the process of Islamic radicalisation in western European societies.

A core theme in his argument is that Islamic radicalisation must be understood as an individual phenomenon and not a problem afflicting Muslim communities more systemically.

He also points out that it is distinctly youthful in form. At heart, he argues,  ‘radicalisation is a youth revolt against society, articulated on an Islamic religious narrative of jihad. It is not the uprising of a Muslim community victim of poverty and racism: only young people join, including converts who did not share the “sufferings” of Muslims. These rebels without a cause find in jihad a “noble” and global cause, and are consequently instrumentalised by a radical organisation (Al Qaeda, ISIS), that has a strategic agenda.’

The speech was delivered this week at the Bundeskriminalamt (BKA) Autumn Conference, in Germany. The text in its entirety is available here: Professor Olivier Roy, ‘What is the driving force behind jihadist terrorism? – A scientific perspective on the causes/circumstances of joining the scene‘

You can also read Olivier Roy’s response to the Paris attacks on EUI Times here: https://times.eui.eu/the-paris-attacks-in-context.html