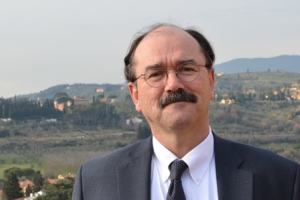 The Robert Schuman Centre for Advanced Studies (RSCAS) has hired a trade specialist from the World Bank to lead a new programme area at the EUI.

While at the WTO he also worked as a manager in the Development Research Group, in addition to holding an adjunct teaching position at Sciences Po Paris.

The Global Economics research strand was launched in February, with the aim of developing research into multilateral economic cooperation and policy. International collaborators include numerous academics and practitioners from the European Central Bank, the International Monetary Fund and the World Trade Organization.

On taking up the position Hoekman said that combining academia and policy work came naturally: “I’ve always had one foot in international organisations and one foot in academia. For a long time I ran the trade research group in the World Bank, which is very much an academic environment…But at the same time I’m very interested in the policy world; that’s something I’ve done all my life.”